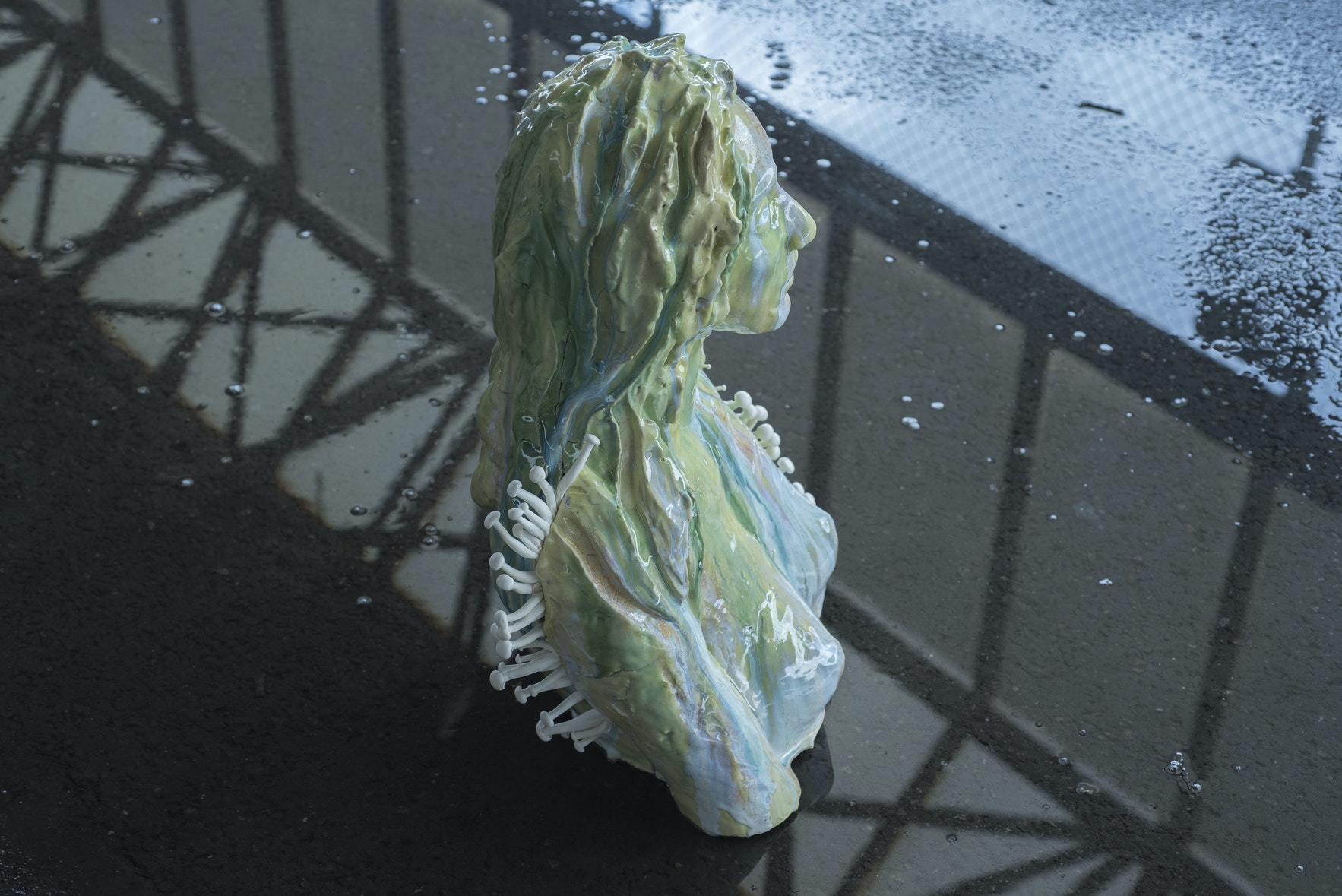 Panel:The Morphologies of Lives
Living Sculptures by Bregje Horsten
Bregje Horsten, graduated in 2004 from the AKV St.Joost art academy in Breda. She graduated with Honor in 2007 from the Academy of Visual Arts in Tilburg. She was a teacher at the athenaeum of 2College and the Art Academy for Visual Arts Tilburg. She is now graduating at the Master of Visual Arts and Post-Contemporary Practice at St.Joost Master Institute of Visual Cultures. She has exhibitions in galleries and museums in the Netherlands and abroad. With a background in painting, Bregje's practice deals with the representation of the female body and the feminine in our society, through the exploration of different medias and materials; including sculptures of living bio-materials as body bacterias.

Wandering into the wilderness of the patriarchy, I want to build upon its ruins a greater vision for the sake of womanhood.

As a woman, I’m fascinated by patriarchal society, because ‘being a woman’ is a concept that has meaning in a society. As life progressed and I became a mother, I came to a point where I got frustrated about my position in life. I began to analyze my personal identity, my place in society, and the historical constructs that have shaped it. The conclusions reinforce ideas on how to replace the patriarchy we live in with another system of inclusion, different ideas about women, and strategies to ultimately achieve equality.

Using an artistic method by combining living organisms with abstract worldly concepts about female stereotypes leads to visual confrontations and ambiguous references of the female body.
By painting, sculpting and growing sculptures of the female body and letting these sculptures interact with living organisms, relationships of abstract and organic encounters form. Such as a canvas out of living mycelium, or a sculpture from body bacteria.

These images are used to underline and change the expected female gender performance in our society. To break through them from within the patriarchal vision of femininity and the projection on the female body. This is an act of subtle transformation, resistance and hopefully change from within.
I encourage the viewer to think about a better future where we can really become the future of something else. Where gender is no longer a defining parameter of the position, place, and way in which a person is formed in society. This is how the viewer can look through layers of meaning that build our individuality.